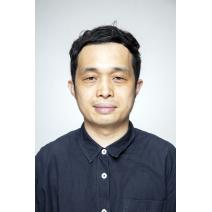 Based on the story of "Ichitaro-Yaai", which was published in national textbooks as a patriotic story during the Russo-Japanese War, the sadness of separation and a mother's love, which were not depicted in the story, are reconstructed as a story that leaps from historical facts by overlaying the history of Tadotsu, which prospered as a strategic point on the sea. Voice of Flowers・Color of Hearts A “figure” formed by the “ground”