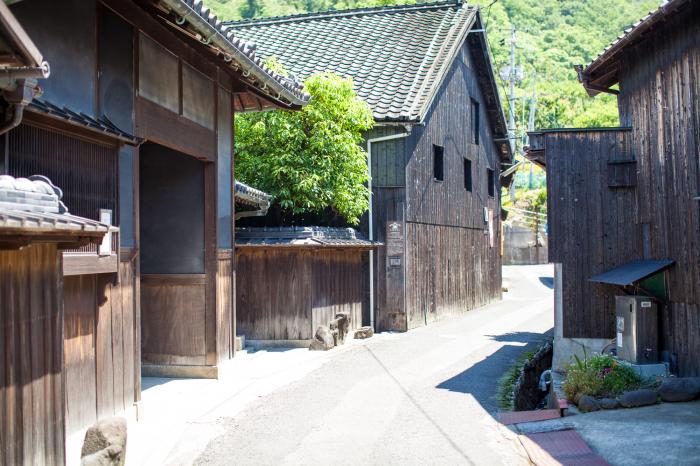 The area of Shodoshima known as Hishio no Sato is lined with soy sauce and tsukudani factories built during the Meiji period (1868-1912). The rich aroma of soy sauce follows me as I walk past these stately old buildings and up a hill. Within a few minutes I reach Regent in Olives, a work by Hisakazu Shimizu. (In Japanese, “regent” is the word for the pompadour hairstyle.) The black and white sculpture gleams in the bright sunshine. 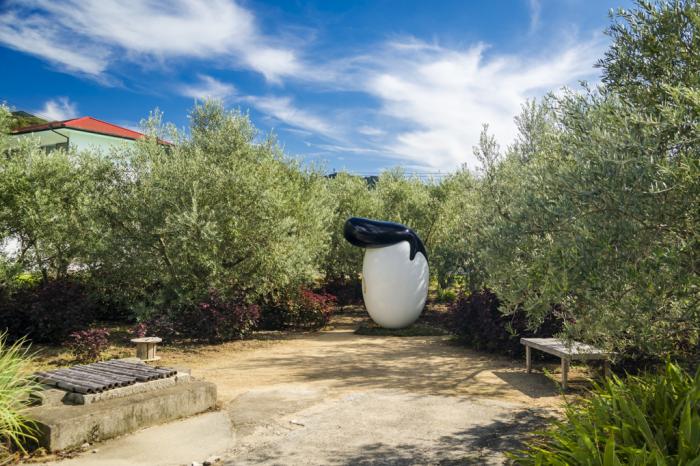 The owner of the olive orchard in which the work stands is Iwao Iwai, known affectionately as Iwachan. He has been polishing Regent in Olives almost daily since it was first placed here as part of the Setouchi Triennale in 2013. “Looks nice and shiny, doesn’t it? I polished it this morning,” he says. I ask him to tell me more about it. 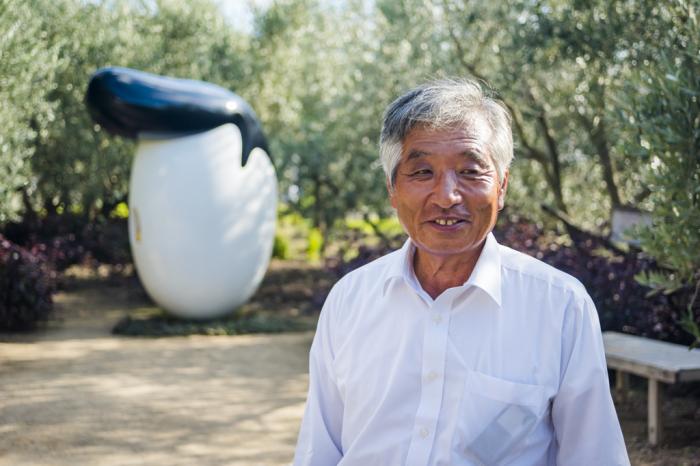 “When I first saw it, I thought it was a penguin, but kids tell me it looks like an egg with a whale on top. And some people think it’s an olive with a leaf resting on it. It’s fun to hear the different things people see in it.”

Iwachan polished it every single day from March 20th to the end of the 2013 Triennale which lasted 108 days. The fact that it’s in his orchard helps I’m sure, but still, it must be hard work to polish such a big sculpture. I ask him what kept him going.

“It shows the dirt quickly because it’s white, you see. That always makes me want to clean it. I start by wiping the part that’s like its face and then work down. As I work, I lean a shoulder or an arm against it, and through that kind of body contact, I gradually grew quite fond of it. I take care of it like it was my baby.”

And he doesn’t just polish it. He also serves as a guide for visitors and takes photos for them. Even after the 2013 Triennale ended, he continued connecting visitors with the work. While I was talking with him, two young women in their twenties happened to come by, and he stopped to take their photo for them.

“When visitors come, I can hear them talking or see them from the second floor of my house. I come out right away and give them advice on the best pose for the camera, lend them pompadour wigs, and take their photo. Some people who have come returned a few years later, this time bringing their husband and kids. That kind of thing makes me really happy. A lot of the visitors are from foreign countries. Regent in Olives was introduced on Taiwanese television, so many people come from Taiwan in particular. The granddaughter of one of my neighbors actually took her pre-wedding photos here.” 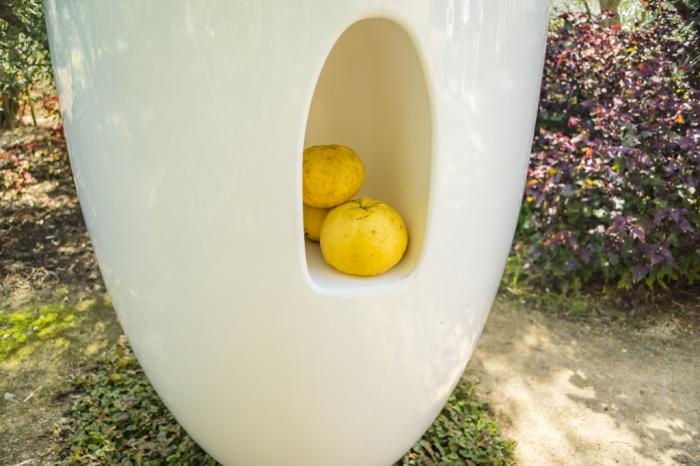 I walk around the sculpture, running my hand along the smooth, shiny body, and come across a little hollow filled with citrus fruit. “Some kids dropped by today and asked for some to eat. Shodoshima has a pilgrimage route, so it’s quite natural for us to offer travelers hospitality. I put fruit here as a way of saying, ‘Welcome. Thanks for coming all this way.’”

Iwachan’s profession is farming olives and rice. Some of his ancestors were also soy sauce makers, and sometimes he takes visitors who have come to see Regent in Olives to the soy sauce factories that date back to the time of his ancestors. It makes him happy that this work is also helping visitors to gain an appreciation for the historic townscape of Hishio no Sato, the traditional soy sauce industry, and olive cultivation. 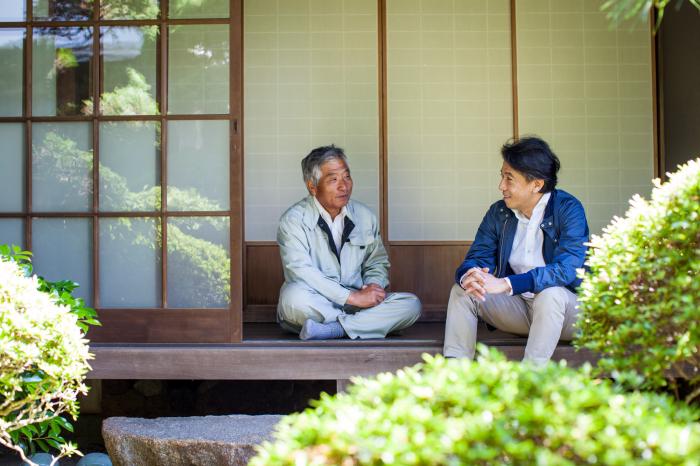 The artist, Hisakazu Shimizu, who created Regent in Olives, said, “I didn’t expect this work to be so popular. If it were just sitting here in this spot, I don’t think people would have developed so much affection for it. It’s really all thanks to Iwachan.”

The enthusiasm of local people like Iwachan empowers this unique contemporary art festival, and the connections forged during each Triennale continue long after. The 2019 Triennale is bound to serve as a catalyst for many more new encounters and connections.

One last word from Iwachan: “I’m looking forward to meeting lots of people again at next year’s Setouchi Triennale. But just remember that I can’t be there all the time so you might miss me even if you come. If you do get to meet me, consider it your lucky day!”