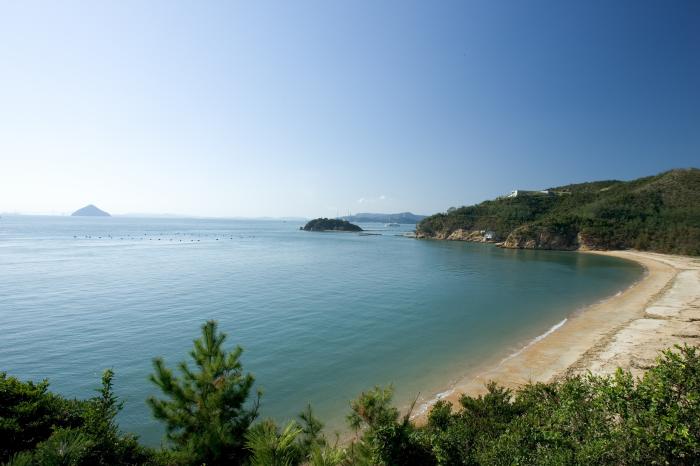 Art draws visitors from all over the world to the small islands of Naoshima, Teshima, and Inujima. How did this all begin? What is the story behind the unusual and creative ar found around street corners and along hillsides on these tranquil islands?

Benesse Art Site Naoshima, later joined by the Setouchi Triennale Arts Festival, are where our story lies. Ryoji Kasahara, chairman of Naoshima Cultural Village Co., Ltd., knows the history intimately, and will take us through the hard work that brought the vision for art and regional revitalization to reality.

("Benesse Art Site Naoshima" is the collective name for all art-related activities conducted by Benesse Holdings, Inc. and Fukutake Foundation on the islands of Naoshima, Teshima, and Inujima). 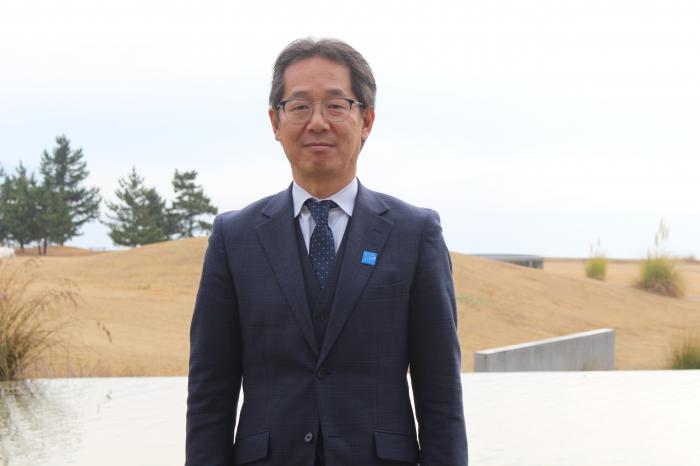 “Benesse Art Site Naoshima began with a meeting between two men in 1985. Tetsuhiko Fukutake, founder and president of the powerhouse Fukutake Publishing (currently Benesse Holdings, Inc.), and Chikatsugu Miyake, mayor of Naoshima Town, came together to share their dreams for the islands. Mayor Miyake dreamed of developing the southern part Naoshima into a hub for cultural tourism, while Tetsuhiko Fukutake dreamed of a spot on the Seto Inland Sea where youth from all over the world could gather.

“Six months later, news came that Tetsuhiko Fukutake had passed away, with his dreams still unrealized. Mayor Miyake lamented that perhaps he would need to give up on the dream. Yet the founder’s son, Soichiro Fukutake, proved eager and ready to take up the mantle with a deceptively simple first step—what to do on Naoshima?

“Naoshima International Camp was finally constructed in 1989, four years later. Born out of Tetsuhiko Fukutake’s original vision, the camp differed from more camps that stressed roughing it in the outdoors—the Naoshima International Camp put its emphasis on nature and contemplation. Rather than permanent buildings, Mongolian yurts provided lodging. We hoped to bring together youth from all over the world there. Building this camp was the first tangible step toward the current-day Benesse Art Site Naoshima. 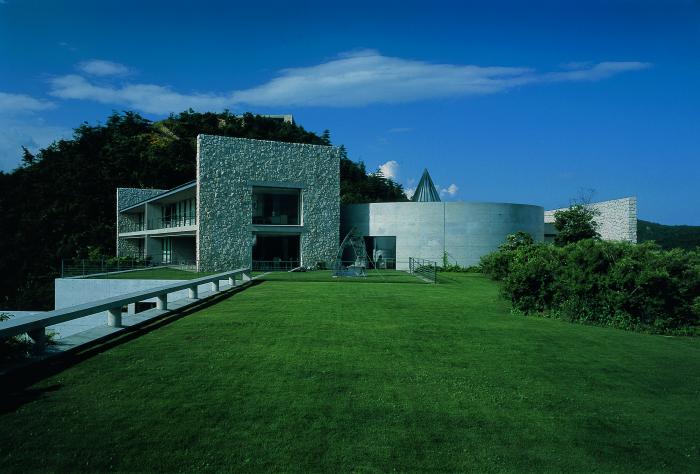 “In 1992, the now-famous Benesse House opened. Benesse, or well-being, is the motto of Benesse Company, and our goal was to think of what that meant apart from the business. It was (and is) a place for contemplation, but through art rather than just nature.

The first exhibition featured designer Issey Miyake. We also held exhibitions by film director Hiroshi Teshigahara and children’s exhibitions. Contemporary art gradually became the main focus, but at the time we were experimenting with what cultural or artistic genre was best suited.

“Nature was the first experiment, with the International Camp. But contemporary art raises different questions and lines of thinking. After all, contemporary artists live in the same day and age as us. The artists take what they have felt and what they want to tell, and then use art to bring our attention to these things. What do we, who live in the same age, take away from the art? What do we see in it? Nature falls short with asking these modern questions, but art—that can give you something, a ‘spirit message,’ for you to take home. 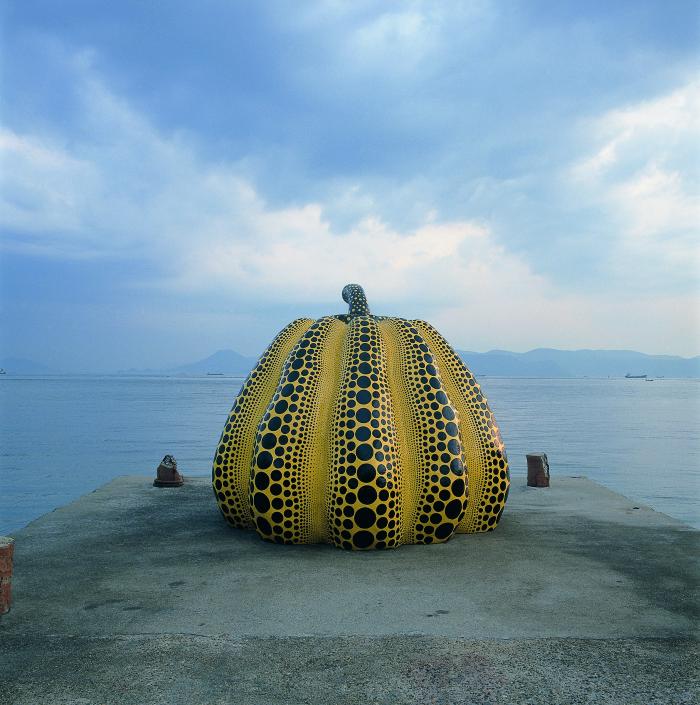 “We also wanted works of art that were unique to Naoshima—works you could only truly experience here; works that were nowhere else. You can always purchase works that have already been made, but we wanted something more.

“Outdoor art is an important part, and it is critical that it be unified with where it exists. The Benesse House building was constructed by Tadao Ando to unify with the artworks inside. Yayoi Kusama’s Yellow Pumpkin (constructed in 1994), built on the seashore, remains our most representative sculpture. 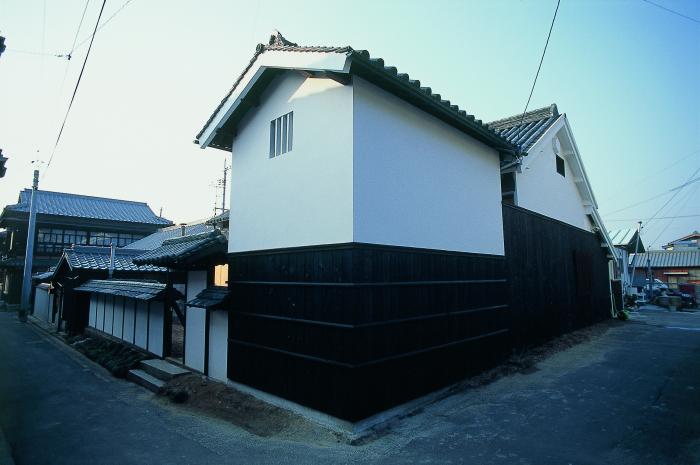 “After Benesse House and various outdoor art projects, we kept thinking about what site-specific meant. What things were unique to Naoshima? Nature and scenery are perhaps the most obvious, but what about the people living there? Their culture, their history? We always heard islanders say things like ‘there’s nothing here.’ And yet, there is something here. Naoshima Island isn’t even a footnote in history, but the people who live there have their own varied history that comes through their lives and stories over the years. That can never be replicated.

“We wanted to show this unique history and culture to visitors, and so we took on the challenge of art in town—specifically, Honmura on the east side of the island. That challenge was the Art House Project we started in 1998. The project fused older houses and contemporary art, as a way to pique visitors’ interest in the area. Residents, too, became re-aware of where they lived, of the worth and beauty of the town.

“When we planned our first Art House, Kadoya, voices were calling for the abandoned homes to be torn down. But we thought—wouldn’t keeping them be more interesting? None of them are noteworthy cultural artifacts, but they help recall an older Japan that is slowly disappearing. Our hope is that these empty houses function as signposts to this vanishing lifestyle, and that their transformation into art remind us of past ways of living.

Contemporary art makes you aware of what is there. I often think of Shinro Ohtake’s Art House Haisha with its periscope. A periscope shows you things outside by looking into it. In the same way, the art houses help you see the history and culture in the island’s settlements and buildings, and gain an interest. Artists think and uncover these insights as they make their works, and we can also rediscover things by interacting with the works. And by having art in town, the works connect with the local people who live there—an important theme that defines the Setouchi Trinnale which started in 2010. 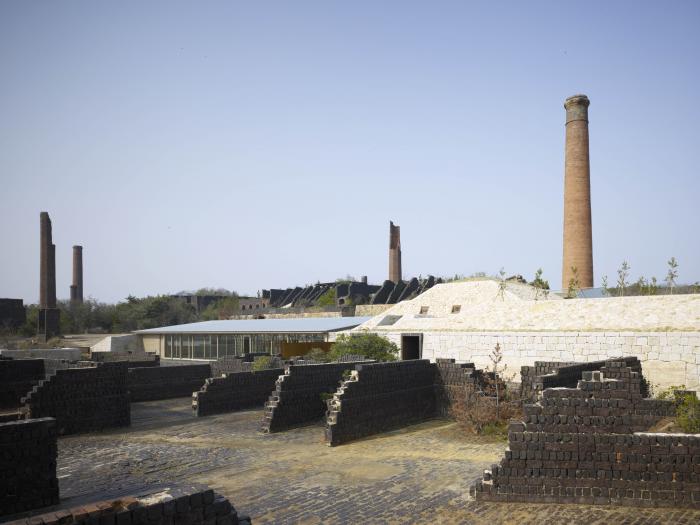 “Inujima Island has a different story than Naoshima. While part of the same project, Inujima faces problems that include a shrunken population of about 50 and a 100-year-old abandoned copper smelter. Inujima shows how there are two sides to the Seto Inland Sea—light and darkness, so to speak. Islanders on Inujima and elsewhere led difficult lives in the past—their ‘darkness.’ When you look at Inujima, or any of the islands, remember the past as you look around, not just your current impressions.

“Naoshima, Inujima, and also Teshima are places to ponder and reflect, especially the latter two. We at Benesse are always thinking of how we can help islanders through art and exhibitions, as they soldier on in the face of adversity.

“Each island is just next door, and yet they are so different. Visiting by boat lets you see how each island has its own unique culture and history. Of course, the whole world is like this, but you don’t feel it so starkly when you are traveling by land. I think that by visiting the different islands, you realize different things, and are able to think about each island’s light and darkness. 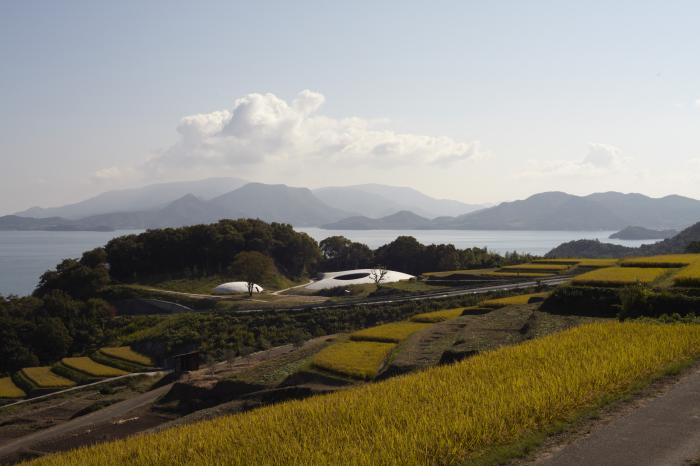 “The activity of Benesse Art Site Naoshima is to invite artists to take time and create a site-specific work, thinking about the meaning of Well-Being. This has come to be called the Naoshima Method. In a different way, the Setouchi Triennale aims to change the wider Seto Inland Sea through art. The first Triennale was in 2010, but planning for the event began back in 2004.

“In January of 2004, Prime Minister Junichiro Koizumi visited Teshima Island. Originally he planned to visit Naoshima as well, but was unable to. Soichiro Fukutake, head of Benesse Art Site Naoshima, afterwards wrote him a letter. Later, a request came to visit the Prime Minister’s Official Residence, and he met with the Executive Secretary to the Prime Minister, Yasutake Tango. They discussed plans for the Seto Inland Sea and art. He advised us to apply for a “Nationwide City Renewal Model Investigation,” from which we received a grant. With that money we started making a plan called the “Setouchi Art Network Plan.”

“At first, we researched the current situation of the Seto Inland Sea islands—their area, population, natural features, economies, culture, etc.—and made proposals to connect art with regional revitalization. We opened a symposium and other activities, and worked hard to get word out. In the end, I think this helped to build momentum for the later Setouchi Triennale.

“There were other pieces that brought us to the Setouchi Triennale, too. Soichiro Fukutake visited the second Echigo-Tsumari Art Triennale in 2003, a year before Prime Minister Koizumi’s visit to Teshima. Fram Kitagawa was the director of this Triennale, which takes place in Niigata Prefecture. After visiting, Fukutake took on the role of general producer from the 2006 Triennale onward. Based on Fukutake’s relationship with Kitagawa, we asked for Kitagawa’s help in organizing the Setouchi Triennale. Younger employees from the Kagawa Prefectural Government also observed the Echigo-Tsumari Art Triennale, and a proposal to do a similar art festival on the Seto Inland Sea went to the governors of Kagawa and Okayama Prefectures (to which the islands belong). Preparation began in 2006, and in 2008, the first Setouchi Triennale was formally announced in 2010.

“It was a great confluence of vision and dreams that gave rise to Benesse Art Site Naoshima and later the Setouchi Triennale. Every year we hear from islanders of how they want to work hard for the next Triennale, or how city life cannot compare with being on the islands. Perhaps the art activities have become an integral part of their identity.

“I know that every person who comes here and remarks on the good time they had helps build up the pride of the islanders. What were originally unremarkable islands have become something truly extraordinary through art.”
————