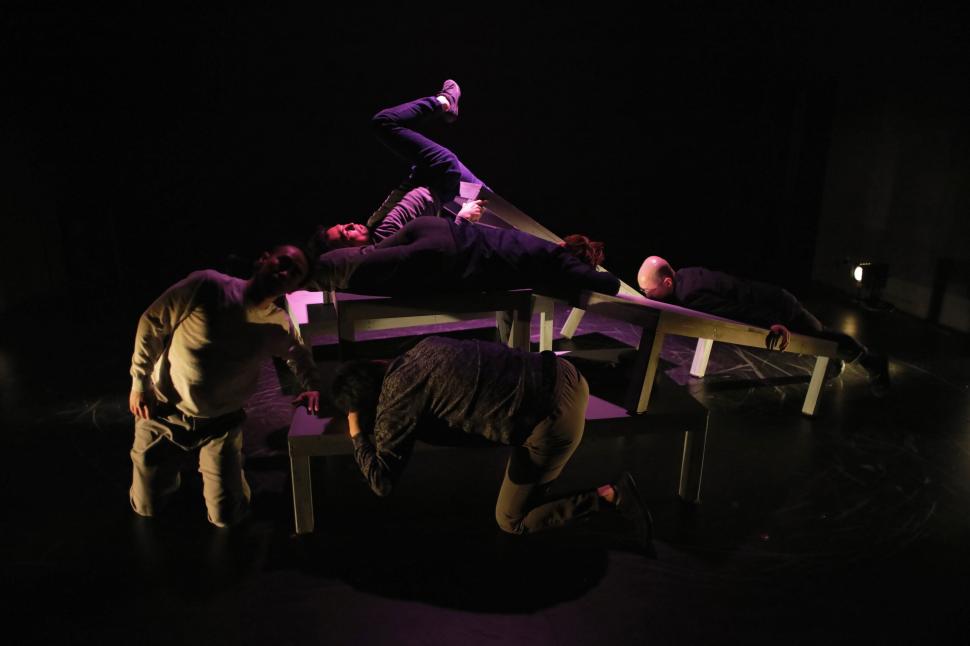 "STAGE VERSION OF THE WRITING STYLE"
In the writing style of "Le Grand Cahier " written in French and foreign language for the author, awkwardness and succinctness co-exist curiously and emotional expressions are excluded . Readers of this novel learn the emotions of characters through ex post facto actions. In this work, Safari P aimed that these interest of literary style was made into a stage.

"Body and speech"
In the original story, the words of the twins that abandon emotions and express only facts simply rather makes them boil chaotic emotions their inside. To express not the meaning of the language and the story but the sense that the word creates and the world that it forms, while grasping the point with the stable speech by the actor, Safari P creates a stage space by using hollow voice and eloquent body of the dancer.


"The abstraction of writer"
In order to capture the wartime exile "The loneliness of the author, Agota Kristof", the work will be made deeper and more diversified by casting a woman on one of the main character's twins who were both men at the premiere.

(Story)
The twins evacuated to the grandmother's house during the war. However, the grandmother abused them as workers. The twins began to train their own mind and body to survive this nightmare. Although the war situation got worse and worse, the twins were helped by various people such as shoe stores, officers and priests, and sometimes they were used together and survive. And the war was over, their father came to visit. At that time, what was the action taken by twins?