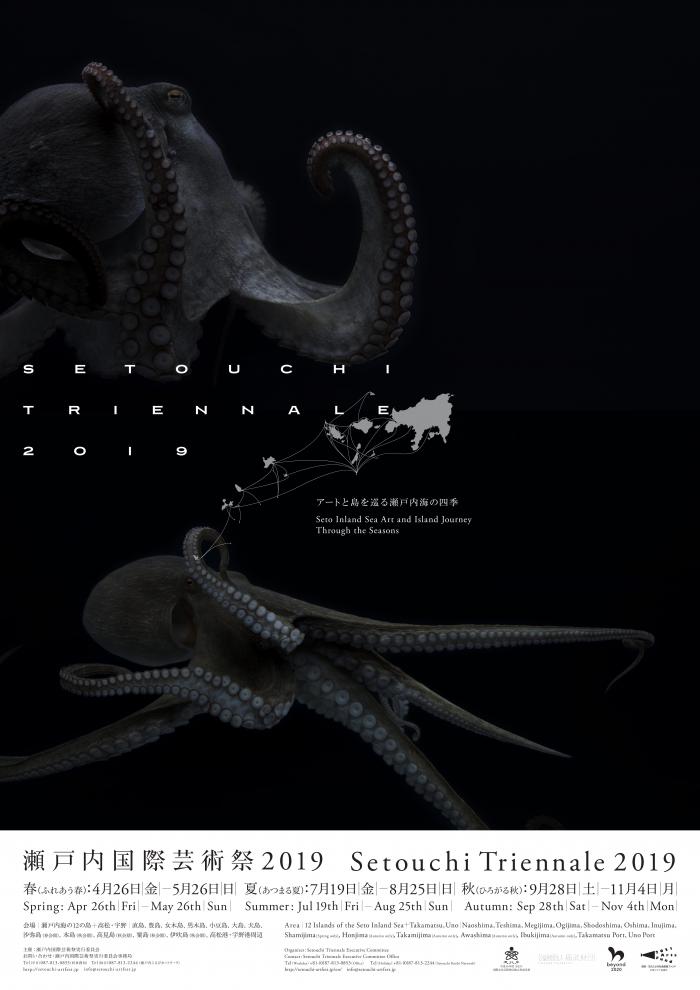 What do you think of when you see an octopus? Does it look grotesque or like something good to eat? For the people of the Setouchi region, octopi (tako), along with sea bream (tai), and conger eel (anago), have been an important source of food and livelihood for centuries. That’s why these sea creatures were chosen as the theme of the main visuals for Setouchi Triennale 2019.

In Japan, the common octopus is called madako. Summer is the height of madako season for fishermen from such islands as Oteshima and Ogijima. Let’s take a look at how they go about catching them. 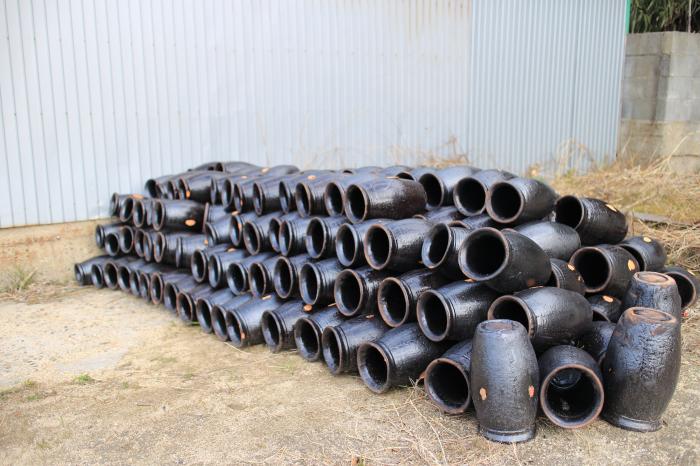 Should you walk along the shore or around the ports of islands such as Ogijima, Oteshima and Okinoshima, you will surely notice neat stacks of black ceramic pots that are about 15 cm across and 30 cm or so in height.
Some may be joined by a rope tied around their narrow necks, just below the lip. These are octopus traps. 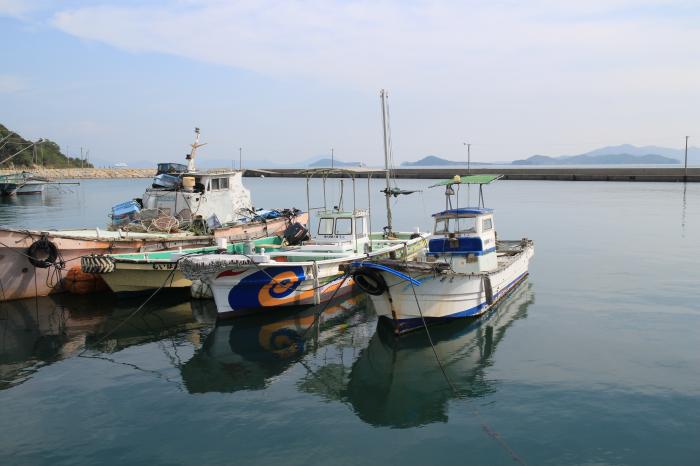 Madako like to hide in holes and rock crevices on the seabed, and octopus fishermen take advantage of this habit.

Fishing boats head out to the fishing grounds with a number of strings of octopus pots on board. Anywhere from twenty to over a hundred pots are strung along a thick rope called a mikinawa. The pots are lowered to the sea floor using a weight attached to the end of the rope. After waiting a few days, a winch hauls the octopus pots back on board, and if all goes well, madako are hiding inside them.

The ceramic octopus pots used in the Setouchi region were mainly produced locally. The ones used by Ogijima fishermen, for example, were made in a factory in Utazu Town, one of two such factories in Kagawa. 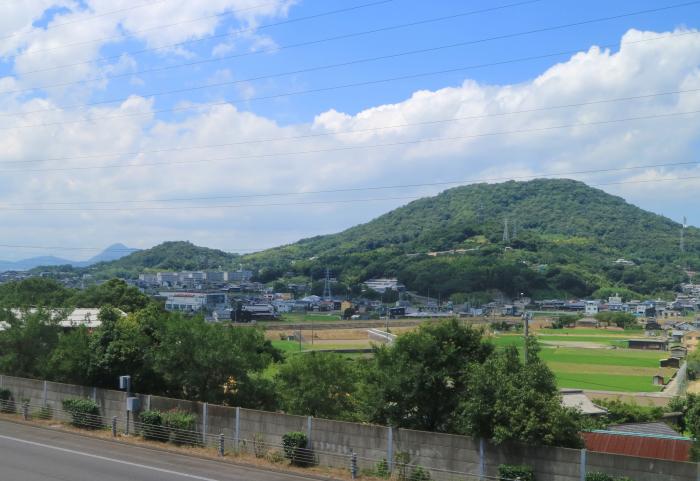 Utazu octopus pots were made from locally procured clay that was kneaded until soft and then shaped into cylinders using a special mold. A clay bottom was affixed to each cylinder, which was then placed inside a different mold and shaped while spinning it on a potter’s wheel. This process made mass production easier. The pots were laid out in the sun to dry and then glazed and fired in a huge kiln. There were two choices of glaze, black or red, and the factories glazed the pots according to the orders placed by fishermen and fishermen’s coops. The pots on Ogijima, for example, used the distinctive black glaze.

At one time, Utazu octopus pots were used all over the Setouchi region, in places as diverse as Tsuwajijima in Ehime, Akashi City in Hyogo, and Mihara City in Hiroshima. 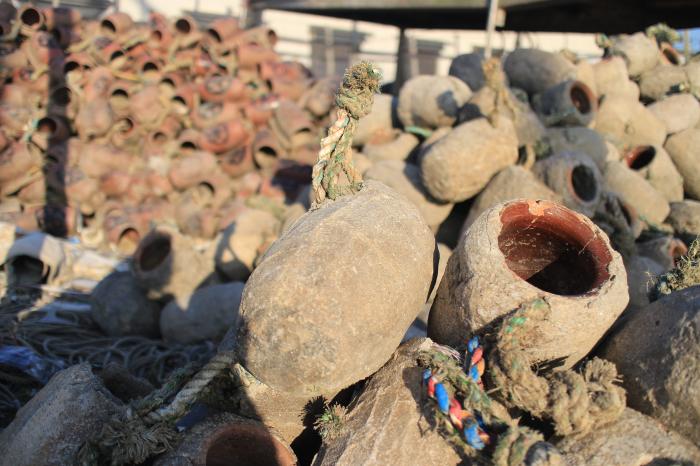 In the large fishing port on the western edge of Akashi City, fishing boats are packed cheek by jowl. Utazu octopus pots are used here as well, but the exteriors are reinforced with mortar to prevent the pots from breaking when they bump against rocks on the sea floor.

The style and the materials used to make octopuspots varies from place to place. Many of the octopus pots used by fishermen on Takamijima and Shodoshima, for example, are now made of plastic instead of ceramic due to the declining number of ceramic pot-making factories.

Though methods have changed over time, the tradition of octopus-fishing continues to be passed down from generation to generation. 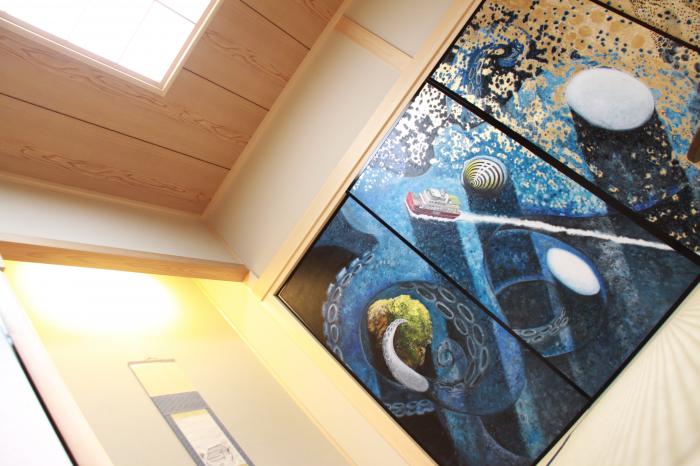 The octopus also features in the art installation The Room Inside of the Room by Oscar Oiwa which is located on Ogijima. It debuted at Setouchi Triennale 2016 and still opens to the public on holidays and other occasions.

In this work, Oiwa has taken an entire room within a traditional Japanese house and turned it on its side, challenging human perception. Visitors can walk right in to take a closer look at the painting on the sliding closet doors on the far side. Beneath the calm waters of this idyllic Setouchi scene lurks an enormous octopus, its winding tentacles glinting in the rays of the setting sun. 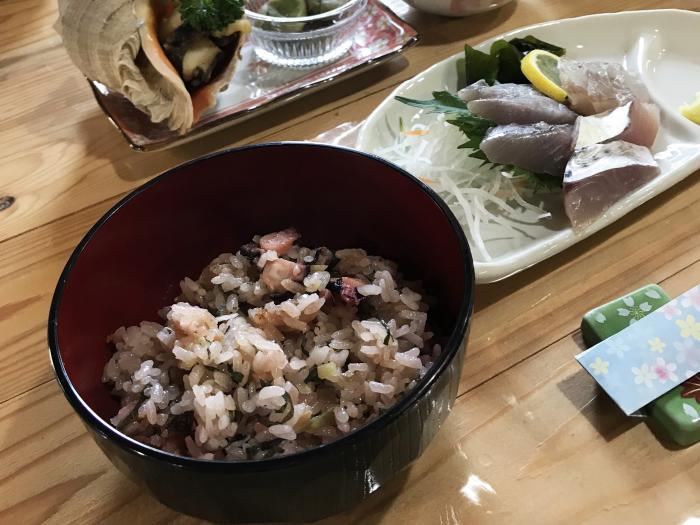 So while they may seem an unusual choice as a theme of the Triennale posters, by now I’m sure you can see how intricately connected octopi are to Setouchi life. Next year, as you explore the Setouchi Triennale, take time to ask the locals about the sea and land creatures around them and enjoy the tasty dishes they make. The stories you hear and the food you eat are guaranteed to enrich your Triennale experience.