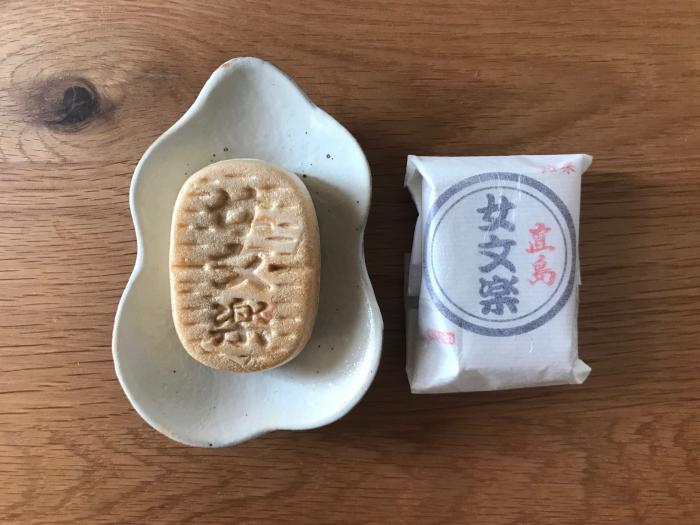 Monaka, delicate rice-flour wafers filled with azuki-bean jam, are a traditional Japanese sweet. On Naoshima, they have a special monaka called Onna Bunraku. “Bunraku” is a traditional Japanese performing art that features large puppets and “onna” means “woman.” That may sound like a strange name for a sweet, but it’s actually named after the island’s all-female puppet theater troupe. Naoshima Onna Bunraku is so well rooted on the island that Kagawa prefecture has designated it an intangible cultural asset, a tangible folk cultural asset and an intangible folk cultural asset.

The history of bunraku on Naoshima dates back to the 17th century. During that time, Naoshima was governed directly by retainers of the Tokugawa shogunate, which ruled all of Japan. The local people were therefore allowed to put on concerts and theatrical productions. Naoshima had its own kabuki stage and theater troupe, and people traveled from as far away as Kansai to see their performances. Naoshima also frequently hosted bunraku troupes from Awaji island. This art form caught the islanders’ interest, and soon Naoshima had its own bunraku iemoto (family foundation) and bunraku puppets.

In 1873, however, a boat sent to purchase puppets from Tokushima was shipwrecked in the bay off the island of Shodoshima. Several lives were lost along with the cargo. Due to this unfortunate incident, the islanders’ interest in bunraku began to wane, and the art died out. It would be decades before it was revived. 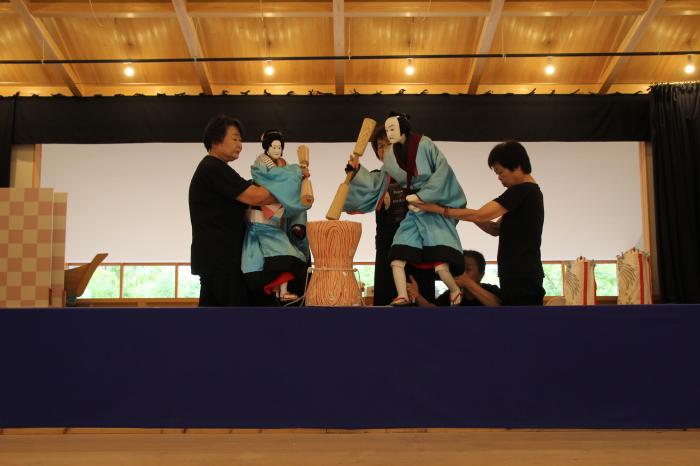 In 1948, four local woman began practicing bunraku, hoping to use it as a means of encouraging the island community. They gave their first performance in 1949 for the island’s seniors association. Traditionally, bunraku was performed by men, but on Naoshima, the art was revived by women, and the group developed into an all-female bunraku troupe, which is quite rare in Japan.

The tradition continues to this day. There are currently nine woman puppeteers in the troupe. These women, who range in age from their fifties to their eighties, meet three times a week to practice in Naoshima Hall, an architectural work by Hiroshi Sambuichi that was completed for the 2016 Triennale. I dropped in on a practice session and talked with their representative, Shimako Konishi. 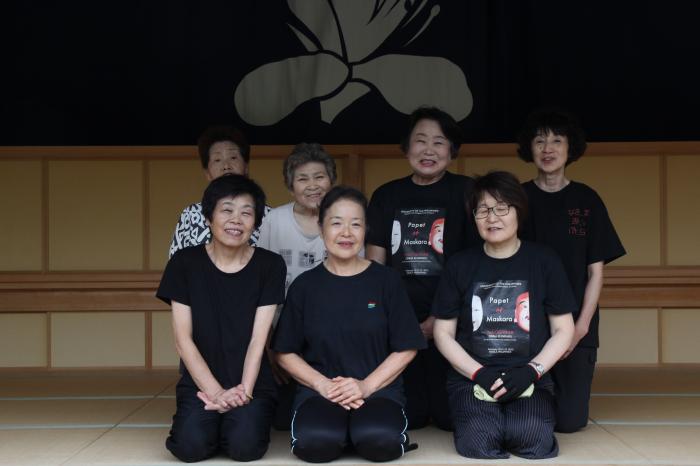 In the past, the Honmura district was the center of Onna Bunraku, but as the number of members declined, women from the Miura district also began participating. Shimako Konishi was one of the latter. “At the time, I was working so although I had heard about Onna Bunraku, I’d never had a chance to watch it properly. But I think that lack of knowledge is actually why it caught my interest. I saw a notice at the city hall recruiting members and joined up. I was pretty busy at the time, as one of my kids was studying for university entrance exams, but as we only practiced once a month, it was more like a hobby.” All the members were busy with work and their families, so they fit practices in around these things. 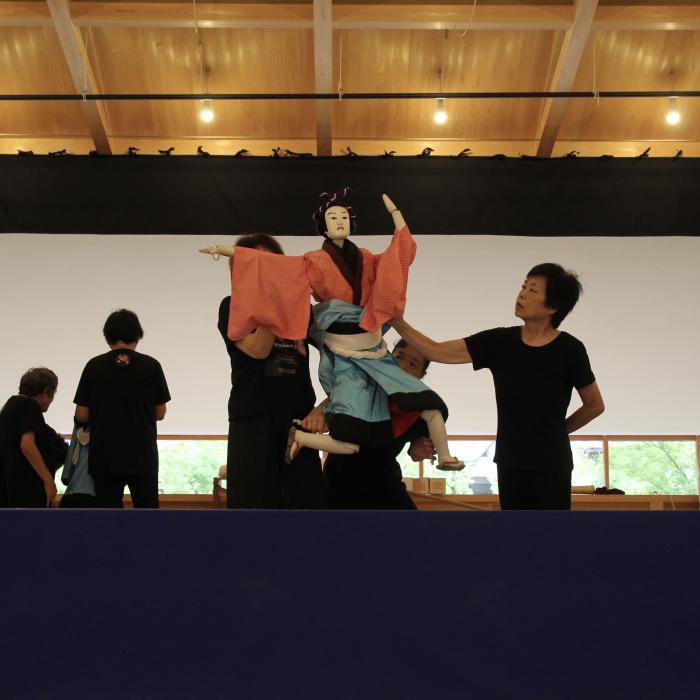 Each bunraku puppet requires three puppeteers to manipulate it. Of these, the main puppeteer who works the head and the right hand needs the greatest skill and strength. It takes years of training to perfect this art, as is reflected in the saying, “Ten years for the legs, ten years for the left hand, and ten years for the head.” When practicing, however, each puppeteer practices all the parts so that the show can still go on even if one of the performers can’t make it.

Puppeteers traditionally wear black clothes and hoods with black veils covering their faces. This custom developed from the association of black with mu or “nothingness.” The black robes make the puppeteers invisible so that the audience can focus its attention on the puppets. Audiences, however, began requesting to see the faces of the performers who so skillfully manipulated the puppets. This gave rise to the dezukai style in which the main puppeteers expose their faces.

“The puppets are the stars of the program so we focus on their actions and keep our own faces expressionless,” Ms. Konishi tells me. “Because we’re an exclusively female troupe, we strive in particular to express the delicate and finer nuances of the puppets’ emotions.” 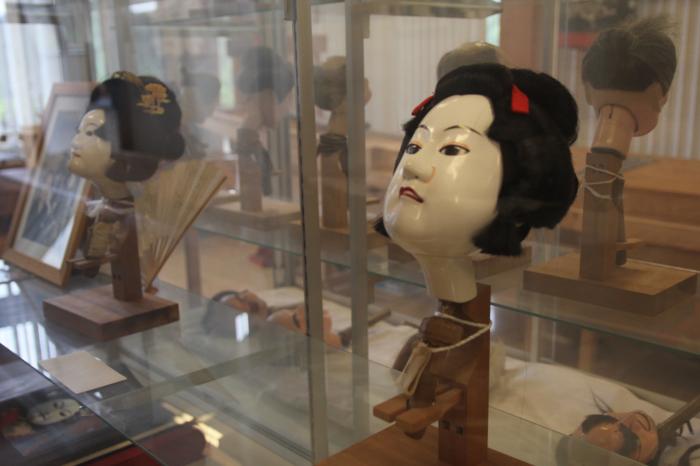 A bunraku performance is narrated by the tayu or chanters and accompanied by shamisen players. Naoshima now has two local chanters and three samisen players, which means the puppet troupe can perform to live accompaniment. Once a year, the troupe receives instruction from a professional bunraku performer from the National Bunraku Theater in Osaka. Expectations are high, and the group has been given many bunraku puppet heads, some of which are displayed in the Naoshima General Welfare Center.

Before I left, Ms. Konishi told me, “Recently, young people and foreign tourists have been coming to see us. I hope that through Naoshima Onna Bunraku, people will see how this performing art has taken root here. We give performances 12 times a year, mainly on Naoshima and in other parts of Kagawa. Each program presents a number of works, including Ebisu-mai, an original play from Naoshima. We’ve been performing for the Setouchi Triennale since the first one in 2010, and are already practicing hard for next year.”