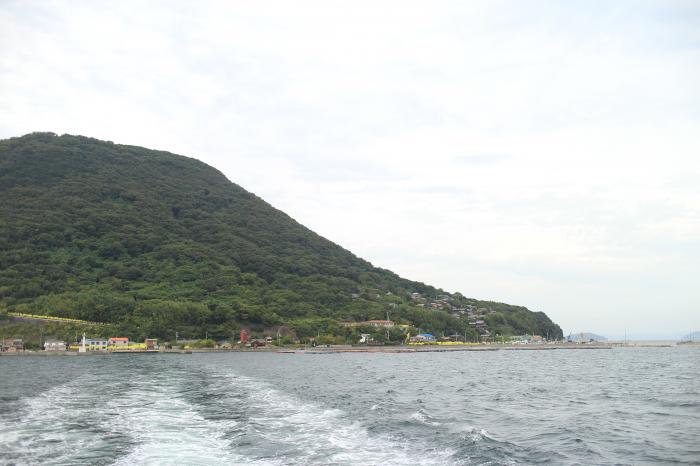 With Mt. Ryuo at its center, standing at approximately 300 meters tall, Takamijima Island is steeply sloped on all four sides. In fact, the only flat space on the island is limited to the area of reclaimed land around the port. From a distance, the rows of houses look as if they have been pasted onto the mountain’s slopes.

Up until the 1970s, people used to say that Takamijima appeared to be covered in a blanket of white snow near the end of spring. This “white snow” was actually fields of blooming pyrethrum flowers.

These flowers, which were first brought to Japan from the late 1860s, were used to produce insecticide and mosquito-repelling incense. By the 1930s, in the years before the Pacific War, Japan became the world’s top producer of pyrethrum, becoming an important export product for the country at that time.

Kagawa Prefecture was also a pyrethrum producing region, especially on the islands and in coastal areas. Pyrethrum flowers do not need a lot of water to grow, so they were a perfect crop for these regions, where there is very little rainfall. Pyrethrum was introduced to Kagawa in the early 20th century, and even in 1943, at a time when Japan was at war, there were over 450 hectares of pyrethrum fields in the prefecture. After the war, however, the import of chemical insecticides began, and pyrethrum fields in Japan were drastically reduced. Even so, efforts to cultivate the flower in Kagawa continued in order to meet the expected overseas demand. As a result, Kagawa’s pyrethrum industry continued to grow until 1970.

Pyrethrum flowers were grown on Takamijima Island throughout the early 1900s. Because the majority of men on the island worked in the fishing industry, it was mainly women who were responsible for the cultivation of pyrethrum. During the busy farming season, children who were on vacation from school would help out in the flower fields as well. 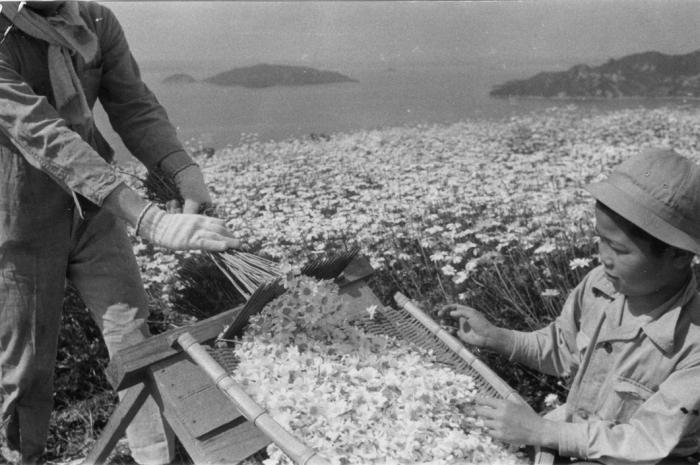 In May, when the pyrethrum bloomed white in the fields, the women would harvest the flowers by cutting their stems. Although only the blooms were needed, it wouldn’t have been very efficient to pick the flowers one by one. To save time, women would cut the stems of the flowers and gather them into bunches, after which they would use rice threshing tools to pick the blooms. 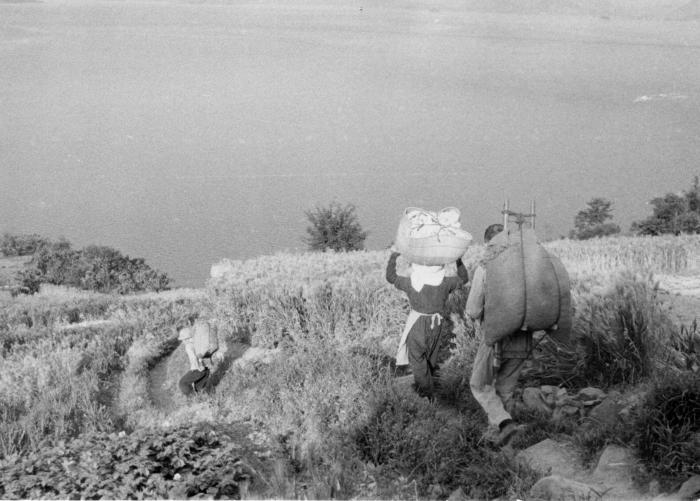 They would then gather the blooms in bags woven from straw, called fugo, and carry them to the village. At that time, it was a common sight to see women carrying these straw bags on top of their heads. It was probably the best method for transporting the flowers down the steep slopes of the mountain. After laying out straw mats in a large, clear area, they would spread the flowers out on top to dry. After a while, once the flowers had dried out completely, they would be packed and sold to dealers, who had come all the way from Okayama Prefecture on the other side of the Seto Inland Sea.

Parts of the pyrethrum flower, such as the stems, were very useful for fishermen as well. Acorn barnacles would become attached to the bottom of fishing boats, making them slower. Fishermen would regularly smoke their boats using pyrethrum stems, which was an effective method of preventing pests from attaching themselves to the bottom.

It is easy to imagine that there were many terraced pyrethrum fields spread out across Takamijima at that time. Unfortunately, the top of Mt. Ryuo is covered with trees and shrubs now, but back then, this area was cleared to make room for terraced fields. They say that during those days, from the top of the mountain you could look out over the pyrethrum fields and enjoy a panoramic view of the Seto Inland Sea.

Pyrethrum cultivation on Takamijima and in the surrounding areas flourished, reaching a peak in 1965. After this, the amount of space for fields decreased year after year. During this time, in an effort to change the main agricultural product of the island, Takamijima residents began cultivating ornamental plants and flowers. 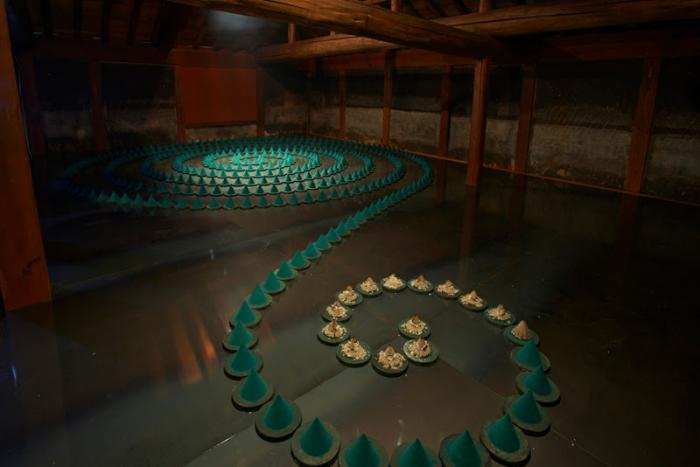 For the Setouchi Triennale 2013 and 2016, the pyrethrum-themed artwork, “House of Pyrethrum” (Haruyuki Uchida+Ayako Ogawa+Katsura Tanabe) was exhibited on Takamijima Island. This piece featured an installation built within the exhibition space, as well as a garden of pyrethrum flowers growing outside. Through this work, residents were able to relive their memories of the island’s vibrant past, while visitors from afar could learn about pyrethrum cultivation on Takamijima for the first time. 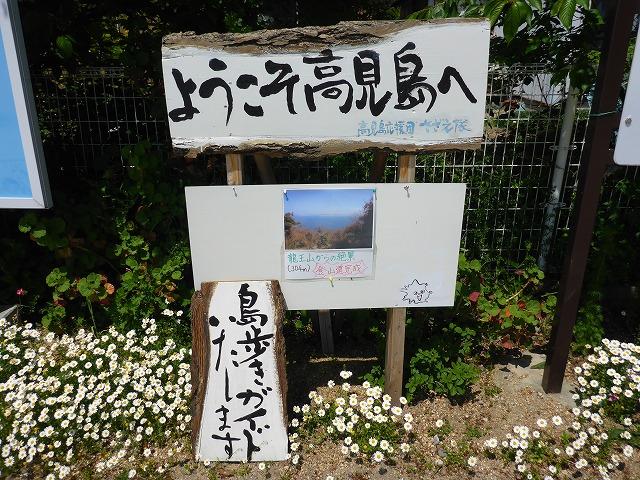 Actually, even now you can see pyrethrum flowers growing on Takamijima. Members of “Sazae-tai”, a group of volunteers who came together before the Setouchi Triennale 2013, have planted pyrethrum flowers throughout the island. One of these gardens is located quite close to the port of Takamijima. If you visit the island in April or May, you will be welcomed by these beautiful white blossoms.