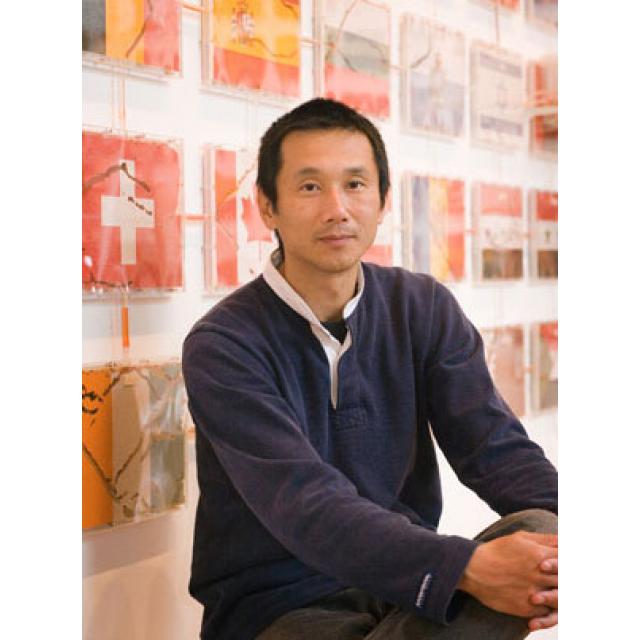 Born in Fukuoka, 1959. Received an award in the Aperto of the 45th Venice Biennale (1993). His works are included in the collections of numerous art galleries and leading museums . Fascinated by the islands of the Seto Inland Sea on the occasion of his solo exhibition at Benesse House in 1992, he worked out a plan for the entire island of Inujima to be developed as an art site in 1995, which culminated in the erection of the Inujima Seirensho Art Museum in 2008 in collaboration with architect Hiroshi Sambuichi. His representative work "The World Flag Ant Farm" was included in the collection of Benesse House Museum in 1992.