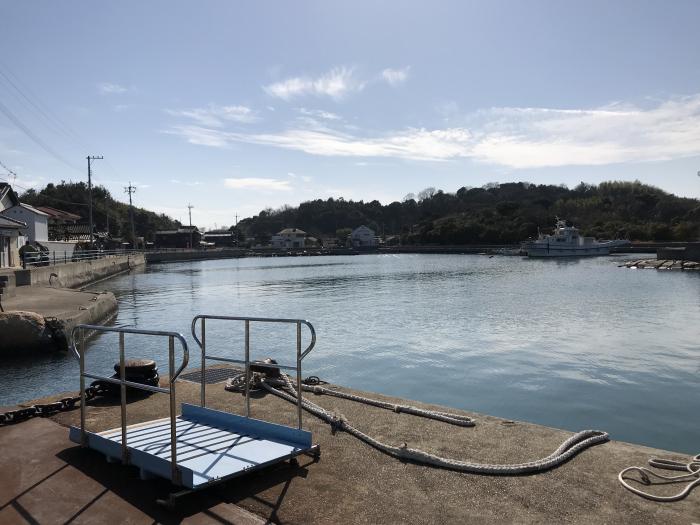 Inujima is the only island in the Setouchi Triennale that is located in Okayama Prefecture. (All the rest are in Kagawa.) Part of Benesse Art Site Naoshima, it is the site of the Inujima Art House Project and of the Inujima Seirensho Art Museum.

The museum breathed new life into the ruins of a former copper refinery which was remodeled by architect Hiroshi Sambuichi under the concept of “using what exists to create what is to be.” Works by artist Yukinori Yanagi were incorporated directly into the building’s structure. Yanagi takes as his motif Yukio Mishima, a vocal critic of Japan’s modernization, while Sambuichi transforms the products of that modernization, such as the refinery’s chimneys and karami bricks, adding solar and geothermal energy components and a sophisticated water purification system that uses vegetation. The result is a stunning architectural work with minimal environmental impact.

I went to Inujima to search for glimpses of what the island was like before the art museum was built. There I met with local islanders Toshiyuki Abe, Chieko Tsugita and Sakae Ikeda. 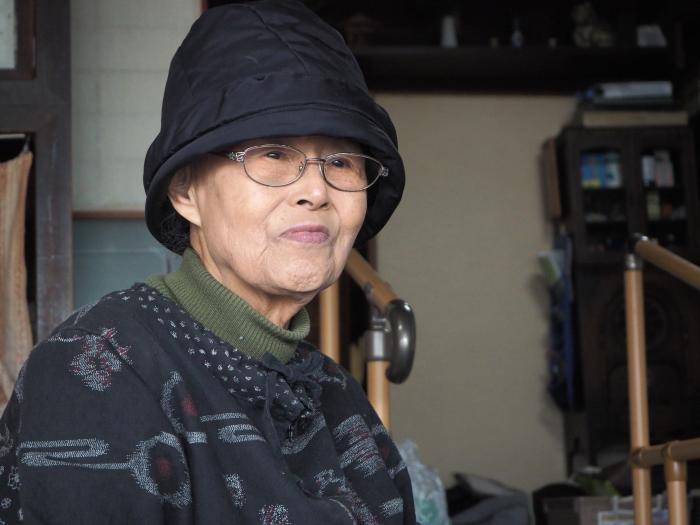 “When I was a child, the ruins of that refinery were our playground. The girls played house, while the boys climbed the ladders inside the chimneys. They’d get to the top and shout down, ‘Ahoy there!’”

Chieko Tsugita was born in 1934 and has been a museum guide ever since it opened. She tells me about running barefoot inside the grounds as a child.

“Karami bricks are made from slag extracted during the refining process. I used to run over them in my bare feet so I got to know what they’re like through my skin. In summer they get so hot you can’t stand still on top of them, while in winter, they’re so cold, you can’t walk on them even when wearing thick socks. They’re made of sixty percent iron and thirty-five percent glass, so they absorb and store heat. If it’s thirty degrees Centigrade outside, for example, those bricks will absorb so much heat they reach seventy degrees in the center. And they don’t cool down for another five or six hours. In winter, it’s the opposite. They turn cold as ice. I know that from experience.” 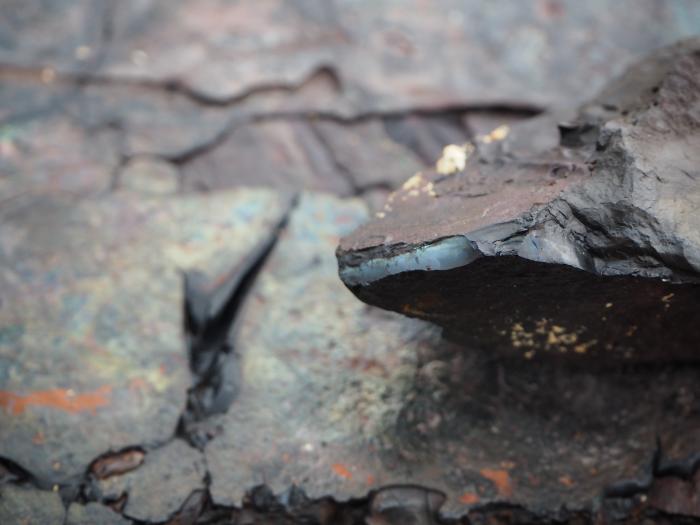 Ventilation and humidity inside the museum are not controlled or run by machines. Instead, the architect harnessed the chimney or stack effect of the refinery’s chimneys in which cooler outside air entering from the bottom pushes warmer air up the stack. This natural force is used to direct air through the museum for heating and cooling. In summer, a flow of external air cooled by the ground flows through the interior to keep it cool, while in winter, air heated by the greenhouse effect of the sun falling through the museum’s glass roof keeps the interior warm. 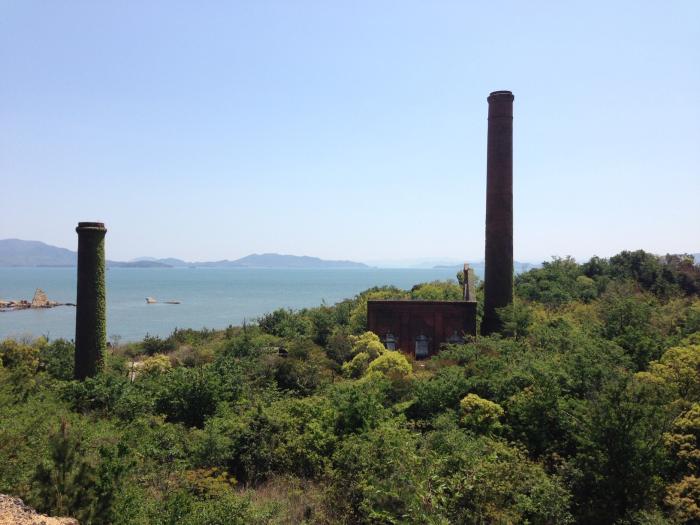 “I didn’t learn about this chimney effect or how the museum’s system works,” Tsugita tells me, “but I do know what it feels like because I used to play inside the chimneys from the time I was seven. There are a bunch of them, all about three meters in diameter and forty meters tall. They fell out of use after just ten years and were left like that for another ninety. If you went into any one of them, you could feel the way the chimney pulls the air up from the bottom. I never knew that this was called the ‘chimney effect’, but I knew how powerful the wind blowing up them was because I’d felt it.”

She explains to visitors how the air flows through the museum and the features of karami bricks from her own personal experience. The notebook and photos she always carries with her when she works as a guide are covered in notes. On some, she has written English words in the Japanese katakana alphabet to help her explain even a little bit to people from overseas.
“If they’re coming all that way to see it, it wouldn’t be fair not to explain the bricks and the chimneys to them properly now would it? If they’ve come a long way, it’s not likely they’ll be able come back very often either.” 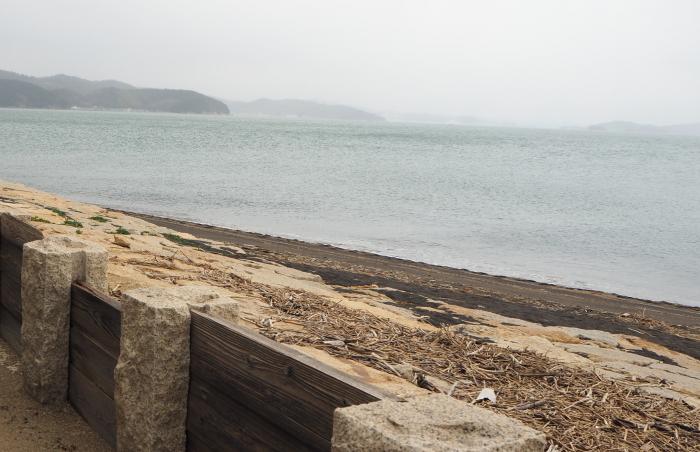 The island’s beach was once covered in black sand, and the people called it Kurohama, meaning “black beach.” This sand consisted of slag produced when water was poured over the molten copper, which reached 1500 degrees, to cool it. Tsugita used to wonder why only her island had black sand.

“The black sand from this beach was crushed slag and, like karami bricks, contained iron and glass. After the war, it sold really well to salt manufacturers. In Setouchi, people pooled seawater in salt pans along the beaches and let the water evaporate in the sun and wind to make salt. Because of its composition, the sand retained heat for a long time. That meant the seawater would evaporate much more quickly, and they could make more salt.” 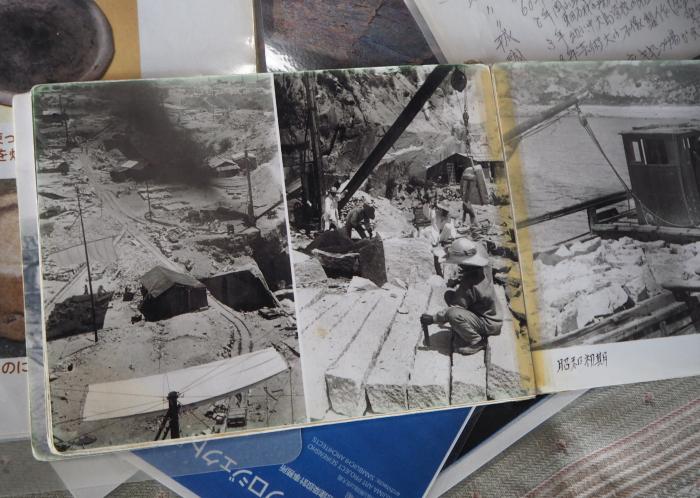 The girls used to play house in an abandoned storage room. “We’d play ‘rock-scissors-paper’ and the person who won got the best spot. You couldn’t play house unless you spoke standard Japanese instead of our local dialect. We’d say things very prim and proper like, ‘And what did you have for breakfast today Mrs. So-and-so?’ or ‘Wouldn’t you like to try some sushi?’ We would pile some dirt on a flat stone along with some flowers and leaves and serve it.”

Inujima was also well-known for the quarrying of high-quality granite. Curious, the children would go to the quarry on the south side of the island near the swimming spot and look down at the men working from the top of the quarry until they shouted at them to go away. The boys used to play on the trolleys used to carry stone from the quarry to the port and were scolded when they got caught.

“It made me sad to see the refinery just fall into ruin,” Tsugita says. “I always wished it would be used for something. I want to share my experiences so that people can learn more about the island and the art museum.” 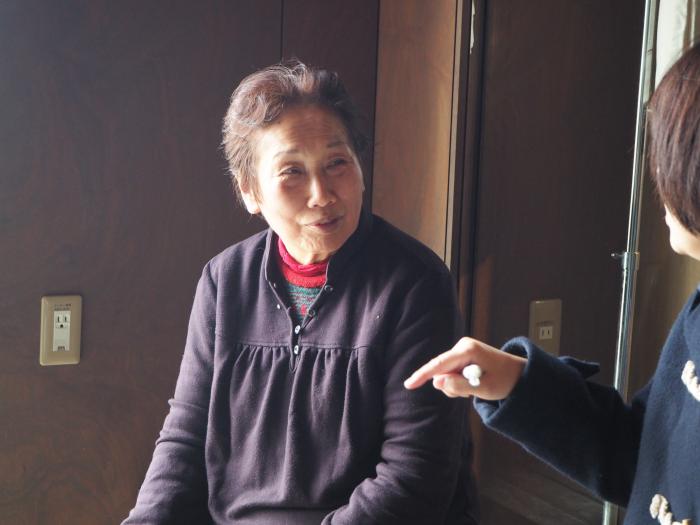 “The Sato family and the Inoue family moved to Inujima in 1690,” Sakae Ikeda tells me. “The Satos were my mother’s family.” Ikeda has been in charge of the kitchen at the ticket center’s café space ever since it opened. The staff developed the menu themselves, choosing things typical of the island.

“The kabocha zenzai, a squash and azuki bean soup, is something we have always eaten on the island. Even when I was a child, we put noodles in. That was a long time ago. When we didn’t have enough food to eat. Not like now. We can’t grow rice on Inujima, but we can grow squash, sweet potatoes and beans. Zenzai was a luxury back then, and the squash made it taste sweet. Instead of dumplings, we used noodles. Dumplings get mushy if you leave them in the soup. But with noodles, we could boil them separately and then add them just before eating. And kids could serve themselves if their parents weren’t there.”

I wonder if they ate it as a dessert or snack, but Ikeda says, “No, not at all. It was a main dish. It filled us up. There was a lot of traffic between here and Shodoshima where they make noodles. That’s probably why we had noodles. There used to be a ferry connecting the two islands that went from Okayama to Ushimado, Shodoshima and Inujima.” 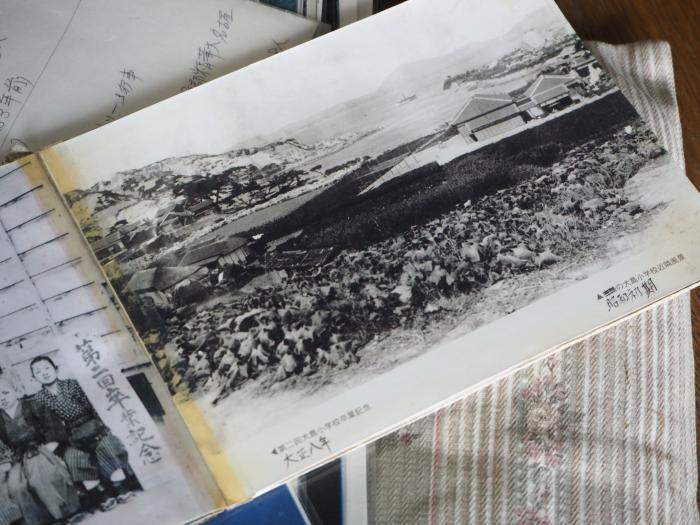 Ikeda used to play in the refinery ruins as a child, too. “No one ever told us not to play there. There were lots of places to hide, so we used to play hide-and-seek. There were thirty-one kids in my grade. Inujima Elementary School used to be where the Nature House is now. The building was bigger then though.”

Ikeda also told me about Inuishi-sama, a big dog-shaped stone on the neighboring island of Inunoshima, from which Inujima (‘dog island’) is believed to have got its name. “We could only cross over to Inunoshima once a year for the festival on May 3. There was always a theater performance, and we really looked forward to it. The dog-shaped stone was moved three times from the mountain on that island so that they could quarry stone. That was before I was born. Right now it faces north, but each time it was moved, it ended up facing a different direction.” 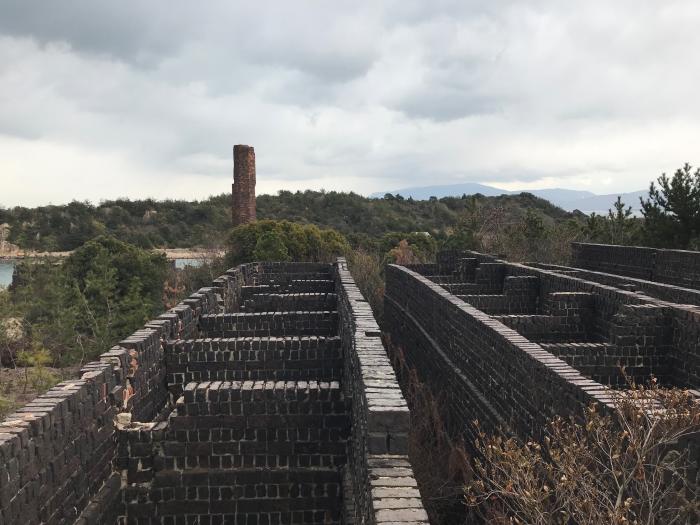 “I was sorry to see the refinery fall into ruin like that,” Ikeda continues. “I don’t think there are many places like it in Japan with all those chimney stacks. It’s a bit like a scene from a foreign country. I always wished people would come and see it. Thanks to the art museum, people are now coming from other countries. It’s sad to be an island that no one visits. I think islands that get visitors are lucky. It’s fun to tell people about the island and to learn from them about all kinds of things. I want to keep on sharing what I love about Inujima.” 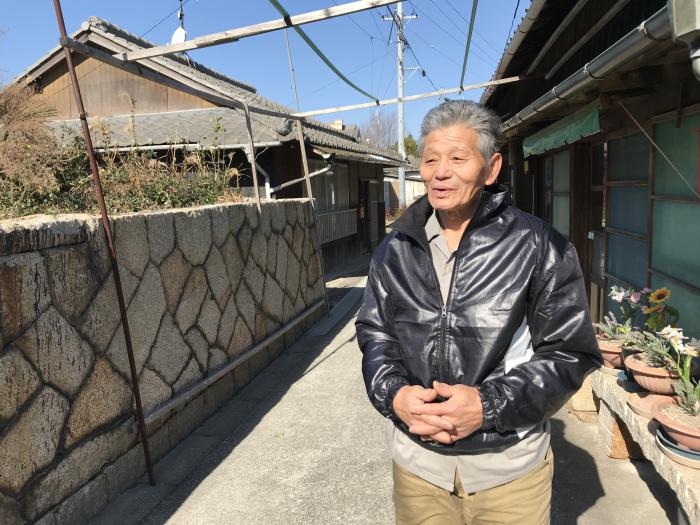 The artists take a 15-minute break in the morning and another in the afternoon, just like Abe did when he was working. He times his visits to coincide with these and drops by with a little something. When artist Yusuke Asai was working on “Former site of a stonecutter’s house” just behind Abe’s house, Abe dropped by every day. “I’d pop out and say, ‘I’ve made something hot. If it’s a good time to take a break, I’ll bring you a cup.’” Touched by his kindness, the artists now drop in on Abe whenever they come back to do maintenance on their works.

“They always stop by to say ‘Hello.’ I keep telling them they don’t need to bring me anything, but they always do. When we haven’t seen each other for a while, they tell me about what kind of job they’re working on at the moment. They always come back. It’s really thanks to the art museum that I’ve been able to connect with people like this. Meeting young artists, making these connections…for elderly people like me, it’s great to listen to what young people have to say. And I think the same is true for them. It’s good for young people to hear what we elders have to say. It’s almost as if the Seirensho Art Museum and the Art House Project have been creating chances for us to get to know each other. Maybe it’s because I get to meet so many different people that I’m still going strong.”