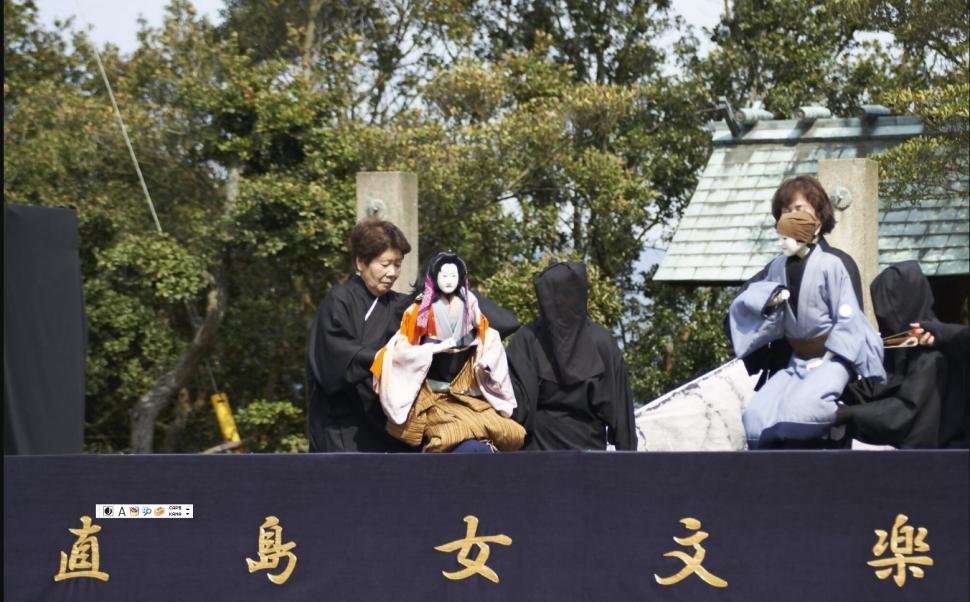 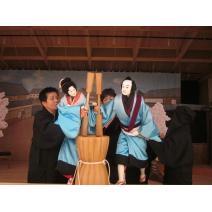 Naoshima, which was a territory of the Edo period (1603-1867), has long been a center of the performing arts. Naoshima Onnaobunraku" is a representative example of such performances, and it was not until 1948 that the puppeteers became exclusively women. The craze for bunraku, which had once nearly died out, was revived by three female performers. In 1955, it was designated an intangible cultural property of the prefecture, and it continues to be passed down as an intangible folk cultural property of the prefecture. Guest: Yutaka Koyama (Tsugaru shamisen)
The performance will include "Tsubozaka Kannon Reikenki - Yama-no-Dan" and "Kyara Saiyo Hagi Masaoka". (The program is subject to change for certain reasons.) Guest: Yutaka Koyama (Tsugaru shamisen)