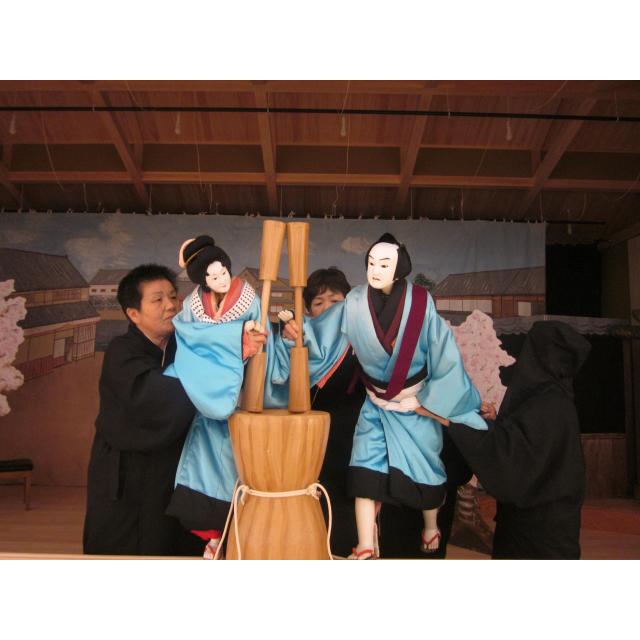 Naoshima Island was under the control of the Shogunate in the Edo Period, and has had an active culture of performance art since ancient times. The Naoshima Onna Bunraku puppet theater is representative of this, and has its origins in the invitation of a bunraku theater troupe from Awajishima Island, called by a head fisherman in the late spring. The troupe performed at the beach of Gotanji. The puppet masters became all-female, as is customary today, only from 1948. Despite bunraku’s waning popularity, three women revitalized the tradition towards its designation as a Prefectural Intangible Cultural Property in 1955. 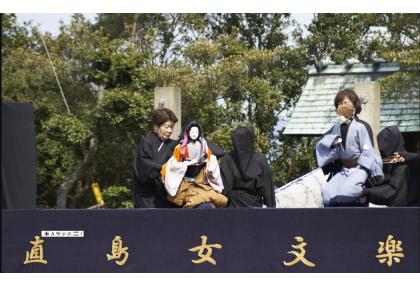